Career Choices: You Are in Charge 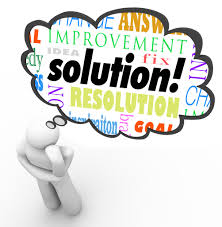 You Are in Charge

No one manages your career but you and you must rely on yourself as your own guide, even if you are fortunate enough to have a trusted mentor.

Most professionals have already moved between a few organizations by the time they reach mid-career points. This may be due to company upheavals, downsizing, or mergers and acquisitions. With each change comes reflection on the next strategy required to sustain a long and successful career.

Complicating anyone’s career landscape is the fact that people change jobs and organizations more frequently than in the past. Executive turnover is at an all-time high. According to an international study conducted on 484 corporations by Drake Beam Morin, a management consultancy firm, 58 percent of large and medium-size companies changed CEOs between the years 1998 and 2001. The median tenure of CEOs is now 2.75 years, down a year from 1999. Only 12 percent of CEOs have held their position for 10 years or longer.

Career choices are no longer simple, and career paths seem to be varied and unpredictable. There are many forks in the road, and one wrong turn can mean years of waiting for the next opportunity to come along.

The fact is that if you are an ambitious executive you are most likely going to move through more jobs within a decade as compared to an executive thirty years ago.

The average professional with 35 years of work experience has worked for over six different companies throughout his or her career. However, those with only ten years of experience have on average been employed in four companies already. This will continue to occur as companies are increasingly rigorous about cost management and efficiency measures.

There is no safety net. Your individual career is becoming as complex as the business environment. While companies are becoming more sophisticated and creative in their quest to attract and retain talent, issues of incentives, compensation and opportunities also become increasingly complex.

Career success is not achieved easily as it requires investment of time, effort, focus, emotional intelligence and some personal sacrifices. Those attaining the highest levels of professional success report being more satisfied with their jobs, their lifestyle, their compensation, and the balance in their lives.


I coach emotionally intelligent and mindful leaders to cultivate trust and full engagement in a purpose-driven culture who produce results.