As you navigate uncharted waters, SAC is here to provide support, guidance, and expert advice. We will be offering a number of new webinars throughout the year that help you not just survive the current economic environment, but thrive, too.

Special promotion for non-members: $79 for all of the first seven webinars (normally $553). Order here. Alan Weiss webinar is not included in the promotion. Non-members, please contact Alan directly to sign up for his presentation.

Please contact us if you have speakers or topics you’d like to see discussed in future webinars.

Past Webinars for Sale 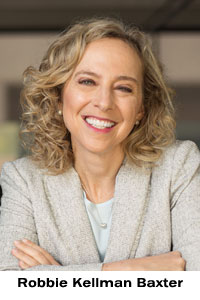 Thriving Through Ambiguity Webinar
Robbie Kellman Baxter: Build a “Forever Transaction” with Your Clients in These Unprecedented Times. What You Can Do Right Now.

Robbie Kellman Baxter brings over twenty years of strategy consulting and marketing expertise to Peninsula Strategies, her strategy consulting firm focused on helping companies leverage subscription pricing, digital community and freemium to build deeper relationships with customers. Her clients have included start-ups and mid-sized venture-backed companies as well as industry leaders such as Netflix, Oracle, Electronic Arts and eBay. Over the past 18 years, Peninsula Strategies has advised over 100 organizations in over 20 industries on growth strategy. 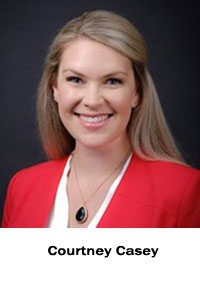 Courtney Casey is the Director of Marketing at Accent Computer Solutions, a top rated IT company and is known as the “Tech Girl”. She is known in the region as “The Tech Girl” and is a regular columnist for the region’s newspaper of record, The Press Enterprise. Courtney’s columns address topical news trends, new technology products and offer reader advice on how to embrace technology or avoid common IT pitfalls. Accent Computer Systems uses a combination of engineering knowledge and strategic vision to reduce the risk and cost of Information Technology for small to medium sized businesses. They develop solutions so their clients will spend less money on technical support, experience less downtime, increase employee productivity, and have a clear picture of where technology is going for business. 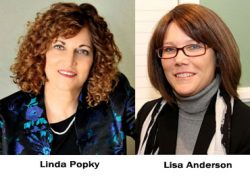 Clients have been thrown in a state of chaos with the coronavirus. Some have unparalleled demand, some are shutdown and all are experiencing some level of disruption. ‘Old’ marketing and networking plans will no longer work!  Instead of hiding under the pillow, it is the time to pivot for success. We will discuss strategies to modify your branding, marketing and networking approaches to thrive through the ambiguity.
About the Speakers:

SAC Executive Director and award-winning business performance expert Lisa Anderson, the founder and president of LMA Consulting Group Inc., specializes in manufacturing strategy and end-to-end supply chain transformation that maximizes the customer experience and enables profitable, scalable, dramatic business growth. Lisa is President of the Inland Empire Chapter of APICS (national trade organization supply chain), one of the most active and innovative chapters in the United States. She has been instrumental in engaging students and has fostered the environment that has earned national recognition for the students from Harvey Mudd College and Cal Poly Pomona.

SAC Executive Director Linda Popky is an award winning marketing consultant who has not only written marketing and PR materials for clients, she’s authored her own books, and written and edited commercially published books for other authors. Her blog posts are regularly published by C-Suite Networks, MultiBriefs, CommPro, and others. She is the president of Leverage2Market Associates. 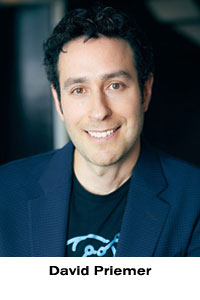 Thriving Through Ambiguity Webinar
David Priemer: Connecting with Customers During Times of Crisis

From one independent consultant to another, David will offer tips on connecting with customers during times of adversity, including how to be mindful of a customer’s needs, focusing on what a customer needs right now and how you are uniquely positioned to help,  showing genuine concern and how to customize your approach, and making it ok for the customer to say no.

David Priemer is widely recognized as a thought leader in the area of sales and sales leadership and has been published in the Harvard Business Review, MIT Sloan Management Review as well as Forbes, Entrepreneur, and Inc. magazines. From his early days tinkering with test tubes and differential equations as an award-winning research scientist to leading top performing sales teams at high-growth technology startups, David’s lifelong passion for learning and execution is the foundation of his Cerebral Selling practice. Often referred to as the “Sales Professor”, David helps organizations drive revenue growth, people development, and winning cultures by infusing the core principles of science, empathy, and execution into their sales operations.

Previously David held several executive leadership positions at leading technology companies including Salesforce, where he was the Vice President of Commercial Sales and creator of the Sales Leadership Academy program. He is also an Adjunct Professor at the Smith School of Business at Queen’s University. 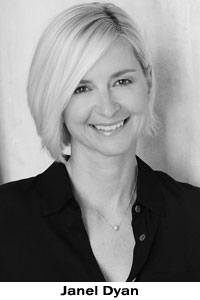 As we enter this ‘new normal’ of working from home, effective communication during this time is your greatest differentiator and an opportunity to establish a deeper connection of trust between you, your employees and customers.  How you appear, including what you wear and what’s behind you, are critical factors for running virtual meetings today. It is now more important than ever that we perfect our video conference skills to make sure our authentic self comes through and that our leadership style isn’t lost.

Janel Dyan will be sharing her three reasons why your style is critical to successful virtual meetings. She will give you tips and tools on how to establish truth, trust and loyalty with all your customers simply by starting with how you “present” yourself on screen.

Janel Dyan is a sought after executive brand strategist, speaker and author of Story. Style. Brand. ™ Why Corporate Results Are a Matter of Personal Style. She is an expert on how to build a story to achieve brand alignment for both company and leadership success—supporting the rise of women in leadership in an era when marketing is the art of storytelling. Her work has been seen by millions through public experiences at Fortune 500 companies, the United Nations, and the World Economic Forums, Global Philanthropy Forum, World Affairs Councils of America. In 2017, Janel established Beyond Us, TM providing opportunities to build confidence in women through a platform for sharing clothes with other women who are ready to take the next step in their professional lives. 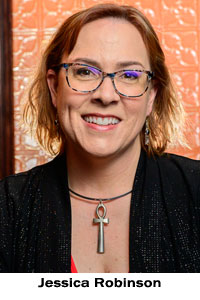 Many of us are communicating with our audience and clients through video calls, webinars, and video tutorials – now, more than ever, as we social distance. Being able to continue to have face time with our clients is a blessing, but giving people a window into your home or office that they might not have had before carries its own challenges, as does properly using the technology. In THIS webinar, I’ll be talking about some ways you can make your at-home videos, and video calls look more professional, offering tricks and tips from my experience as a video producer.About the Speaker:

Jessica Robinson is the owner of Capture Video, Inc., a media production company launched in March, 2000 in Northern Virginia. During Capture Video’s first two decades of business, Jessica has produced educational and promotional videos for such diverse clients as the U.S. Geological Survey, the National Academy of Sciences, Capital One Bank, Cisco Systems, and DC Superior Courts. Most recently, Jessica has delivered videos of five weeks of training led by Clark Construction, as well as a series of instructional videos for a language app produced by Blue Canoe Learning. An accomplished writer and storyteller, Jessica is the author of the urban fantasy novel, Caged, as well as co-author of the anthology Roar: True Tales of Women Warriors. Jessica is the founder of Better Said Than Done, Inc., a Virginia based storytelling organization. 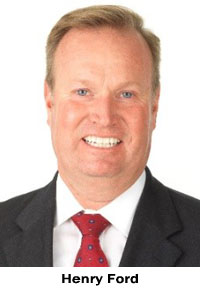 Thriving Through Ambiguity Webinar
Henry Ford: Making the Most of Your Money in Chaotic Times

Please join LifeSteps Financials Principal Henry Ford for an informational discussion “Don’t Look Down”.   How to prepare your personal and business finances for the uncertainty and further opportunities that lay ahead. Henry will touch on several key points his firm has learned from working with successful business owners, focusing on the benefits of not following the norm.

Henry Ford is Principal and Senior Advisor for LifeSteps Financial. Individuals and employers look for his advice and entrust the management and oversight of their wealth to him and the firm. From that view, he leads the firm in providing best-in-class service to clients and develops individual plans that fit their specific objectives. Prior to establishing the firm (originally as Foothill Financial) in 2010, Henry was a financial advisor with TD Waterhouse and, subsequently with Citigroup, where he led one of the highest performing teams in the nation. 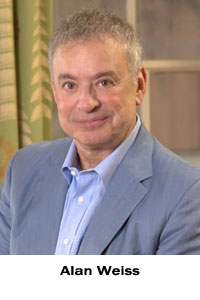 Exclusively for members of the Society for Advancement of Consulting.

We talk about “volatility” and “disruption” but they are merely catalysts for a personal and business burden of ambiguity. We tend to thrive when we feel we’re in control, but crumble when we feel we’ve lost control.

The best leaders I’ve ever worked with and coached are those who thrive in ambiguity.

I’ve distilled seven tactics to help you not merely tolerate ambiguity but rather leverage the condition to gain momentum, to build market share, to increase repute….and….to seriously grow your business.

Join me for a powerful, never-before-presented webinar on creating clarity and acceptance where others fear to tread, gaining you the following and the business every time.

Is that clear? Either way, you’d better join me!

Free to members of the Society for Advancement of Consulting. Just login and go to the webinars page. 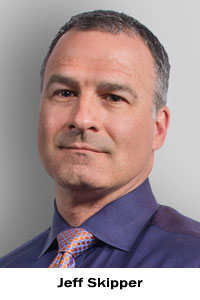 Thriving Through Ambiguity Webinar
Jeff Skipper: Tools and Tips for Promoting Yourself Without Ever Leaving Your Desk

The coronavirus pandemic  has heightened the need for quick turnaround for virtual events, graphics, surveys, social media posts, video editing, and more.  Jeff Skipper has mastered the use of technology tools and software that help him move quickly and be self-sufficient in creating webinar promotions, event sign-ups, videos, and more. Join us on this webinar where Jeff will share what he’s learned in this area.

Jeff Skipper is an expert in implementing rapid change with dramatic results. Clients such as Suncor, Enbridge, Goldman Sachs, and The Salvation Army have engaged him to achieve fast returns during strategic transformation by wrapping complex change in motivating mission. Jeff holds a Master’s degree in Organizational Psychology and is a Certified Change Management Professional