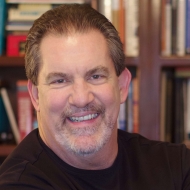 D. Kevin Berchelmann, CEO and Founder of Triangle Performance, LLC set out nearly two decades ago to take the leadership lessons learned from his military service and senior executive roles in general management, human resources and operations to help companies improve performance by getting the most out of their leadership teams. He is an expert strategist, sought-after executive coach and consultant, and in-demand speaker.

Berchelmann knows first-hand that leadership is a learned skill and that improved management performance can drastically change the direction of any organization. He appreciates leaders who recognize the need for continued development, but is still surprised by those he encounters who believe they already know everything there is to know. Raised in the hardscrabble, small- town environment of Luling, Texas, Berchelmann learned his first important leadership lesson hauling watermelons for Marlin Moore, the father of his childhood best friend. Marlin’s “The object of a horse trade is that both sides get a horse” taught him that leaders in business and life understand how to negotiate win-win solutions. He left Luling courtesy of the U.S. Air Force and remains indebted to a senior USAF role model for teaching him that leaders can be tough and demanding while keeping the best interests of people at heart.

A decorated 13-year Air Force veteran (photos of those lean military years may be floating around somewhere in cyberspace), Berchelmann joined the military to see the world but spent his first several years anchored to Texas bases. Only after he decided to “man-up” and take leadership and responsibility seriously did his career take off (no pun intended), with rapid promotion and tours in Spain, Turkey, and Germany. While in Germany, the youngest First Sergeant in the USAF (at the time) decided to leave the military – new wife and freshly-minted MBA in tow.

Berchelmann began his corporate career an as executive recruiter and progressed rapidly through GM, VP and SVP roles in multiple Fortune 1000 and privately held firms in various sectors including technology, manufacturing, energy, and even dot.com startup. He founded Triangle Performance, LLC in 1998 and never looked back after he started consulting full time in 2004. The firm has twice been recognized with a spot (#9, #42) on Houston’s Fast 100 fastest growing, privately held companies.

His advice to new leaders is to remember that you don’t know it all, even if you were promoted because someone thought you did. Ask questions, demand feedback and accept input. But most importantly, learn to apologize. You’ll make mistakes by the dozen – own them, do so quickly and apologize for them simply.

Berchelmann holds undergraduate and graduate degrees in Aerospace and Business Management and is a Certified Management Consultant (CMC) with lifetime certification as a Senior Professional in Human Resources (SPHR). Though a Mensa member, Berchelmann still can’t figure out how to program that damned clock on his DVR. When he’s not working (If you love it, does it count as work?), he enjoys golfing, short trips with family, and spending quality time in his nothing box.